Cupido: How it began

Pornography no thanks, erotica, yes please!

Cupido was launched in 1984 at a time when a tidal wave of anti-pornography demonstrations flooded the country of Norway. Norwegian women - and indeed quite a few men - marched through the streets demanding: Down with pornography - yes to erotica! 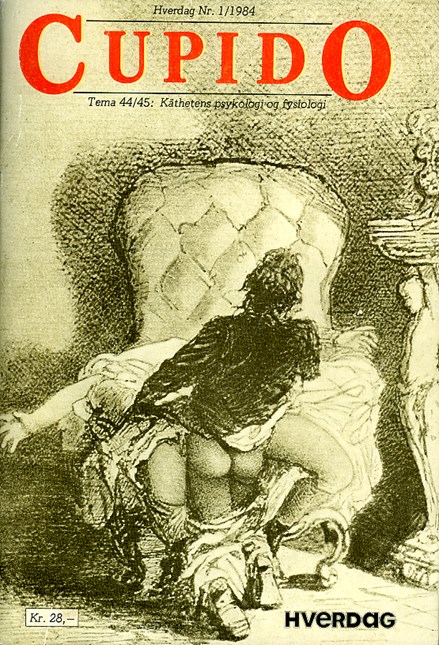 We felt that time was ripe for producing an alternative to the traditional pornographic and mens magazines.

Before producing and editing Cupido we had edited the magazine Hverdag a magazine about social and sexual politics where we focused on a number of issues, among them sexuality, relationships and sex-roles, but in a more academic fashion.

We wanted to show photographs of men and women who are genuinely turned on and not just pretend to be aroused. We wanted to present photographers who were able to convey the exhibitionism of their models, their sensual pleasures and delight in their own and their partners bodies, rather than photographer who were exclusively interested in young, beautiful and perfectly posing bodies.

So what did the radical feminist, those opposed to pornography think of the magazine? Well, they were divided on this issue. Some of them loved Cupido, others literally lit book-fires with it.

Concerning photographs we have developed a unique collaboration with professional photographers from the Scandinavian countries, from England, the US, Germany, the Netherlands, France, Italy and the Czech Republic.

Cupido will bring you into close contact with the trendsetters in the field of developing the sexual cultures of our time. And, as you have probably gathered, we are not talking about the people behind the traditional sex-industry, but courageous pioneers, artists, educators, therapist, writers and peddlers who all have an eye for quality in their fight for lust and passion, against ignorance, prejudice and silence.

You can visit our popular dating site Cupido Club, which has been running in Norway since 1998.

We are sorry that all the articles and stories are only in norwegian at the moment. 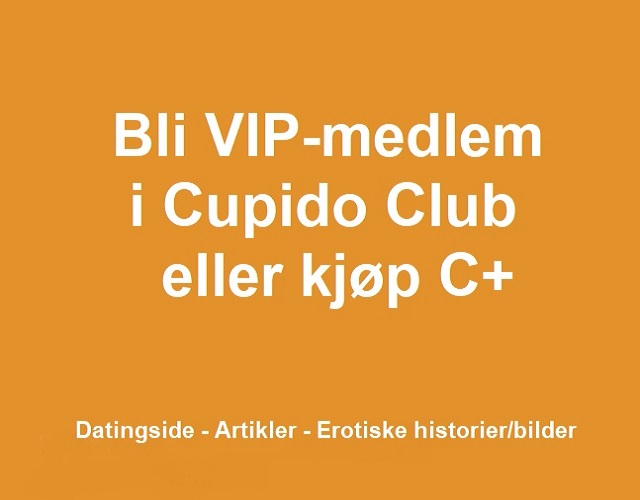 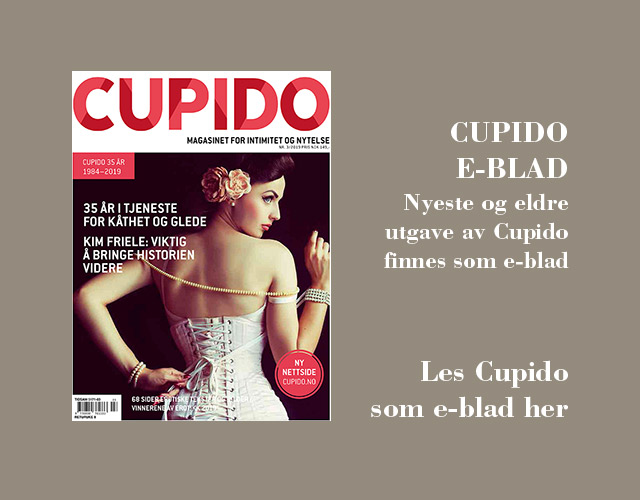